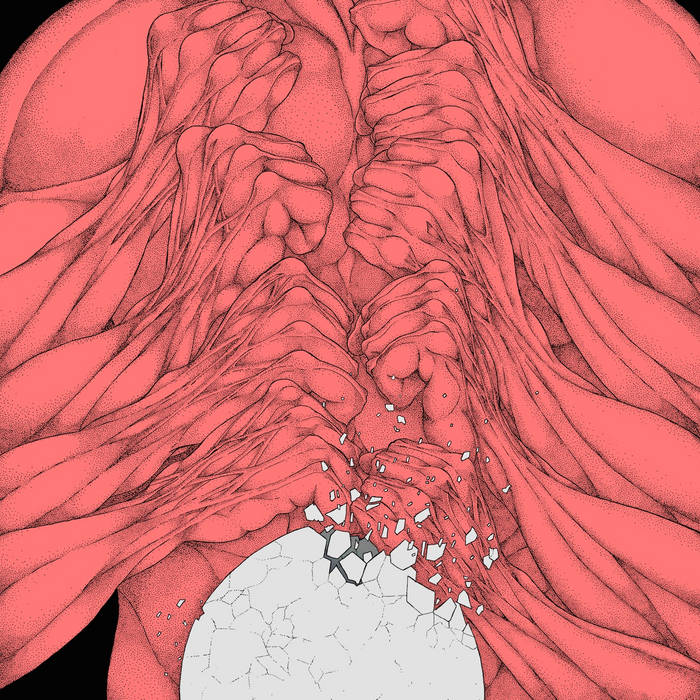 Modernity is a bummer, and humanity’s drive towards its own destruction is at a fever pitch. Oozing Wound finds humor in our ridiculous habits and, by magnifying our most destructive behavior to its extreme end, allows us to laugh at the idiocy and the horror of it all. This mindset is at the center of their second full-length Earth Suck, a collection of destructive thrash that is seemingly teetering at the edge of control and collapse. Zack Weil’s guitar is reckless, his palm-muted chugs coming at breakneck speed and pinch harmonics squealing like sonic bolts of electricity. Kyle Reynolds’ drumming is unrelenting, wild and unrestrained but executed with a level of jaw dropping precision. Kevin Cribbin’s manic, mammoth bass delivers wallop after wallop of fuzzed out low-end. Oozing Wound’s energetic and expansive variation on thrash thrives on antagonistic repetition and addictive riffage, avoiding pretense like a plague. Earth Suck is the explosive follow-up to their breakout debut Retrash, which earned the band praise from the New York Times, Pitchfork, Decibel, and more.

Oozing Wound revels in the absurdity of horrifying realities, playing up fear and desperation to reveal the underlying humor. On Earth Suck they offer increasingly extreme portraits of moral and societal decay seen through the eyes of those doing the perpetrating. On “Genuine Creeper” Weil embodies a fetus eating its twin: “Kill your neighbor or kill yourself – I creep tonight.” On “Hippie Speedball” he becomes an addict who can’t go to work without getting high: “I can’t wake up without my hippie speedball.”

Their taboo defying humor is prevalent throughout the scene that birthed them. Over their few years in existence they have played with Black Pus, Rectal Hygenics, Climax Denial, Male Bondage, Shaved Women, Supersonic Piss, Sea of Shit, Forced Into Femininity, and more, along with other notable bands like High On Fire, The Body, Ash Borer, Wolf Eyes, and Nazoranai. Despite their dedication to the DIY scene that birthed them, Oozing Wound has already gained the attention of Adult Swim, who selected them as part of their exclusive Singles series, which also features Sleep, Mastodon, Deafheaven, and Diarrhea Planet.

Earth Suck was recorded in the relatively extended time period of three days in Chicago with long-time engineer Matt Russell, and features viola by Whitney Johnson (of Verma), as well as singing bowl manned by Reynolds, elements never heard on an Oozing Wound record. Live, the simplicity of Oozing Wound’s no-frills ethos is extremely potent, and their energy is electric. Cribbin’s head seems to detach from his body, Reynolds arms flail, and Weil’s guitar and vocal wails drive the crowd to a frenzy. It is a blast. The band will tour the Midwest and East Coast this fall. In the meantime they continue to play packed, sweaty basements in Chicago and, when they choose to go come up for air, sell out indie mainstays like the Empty Bottle.

Bandcamp Daily  your guide to the world of Bandcamp

outré black metal, with a Victory Over the Sun interview and music from Liturgy and Jute Gyte.